Clare Woods’ new works explored the relationship between people and the landscape. Using the industrial process of lithography, Woods produced large-scale one-off works inspired by the alabaster tombs of All Saints church, found in the grounds of Harewood.

These magnificent alabaster effigies, which record some of the great figures to shape the medieval history of Harewood, provide the focus for Woods’ works. She captures a sense of the human feel of the tombs through the carefully drawn line and bold brushes of colour, which are taken from the veining of the stone.

The title for the exhibition takes its name from an 18th century stone folly known to locals as The Seven Eggs. 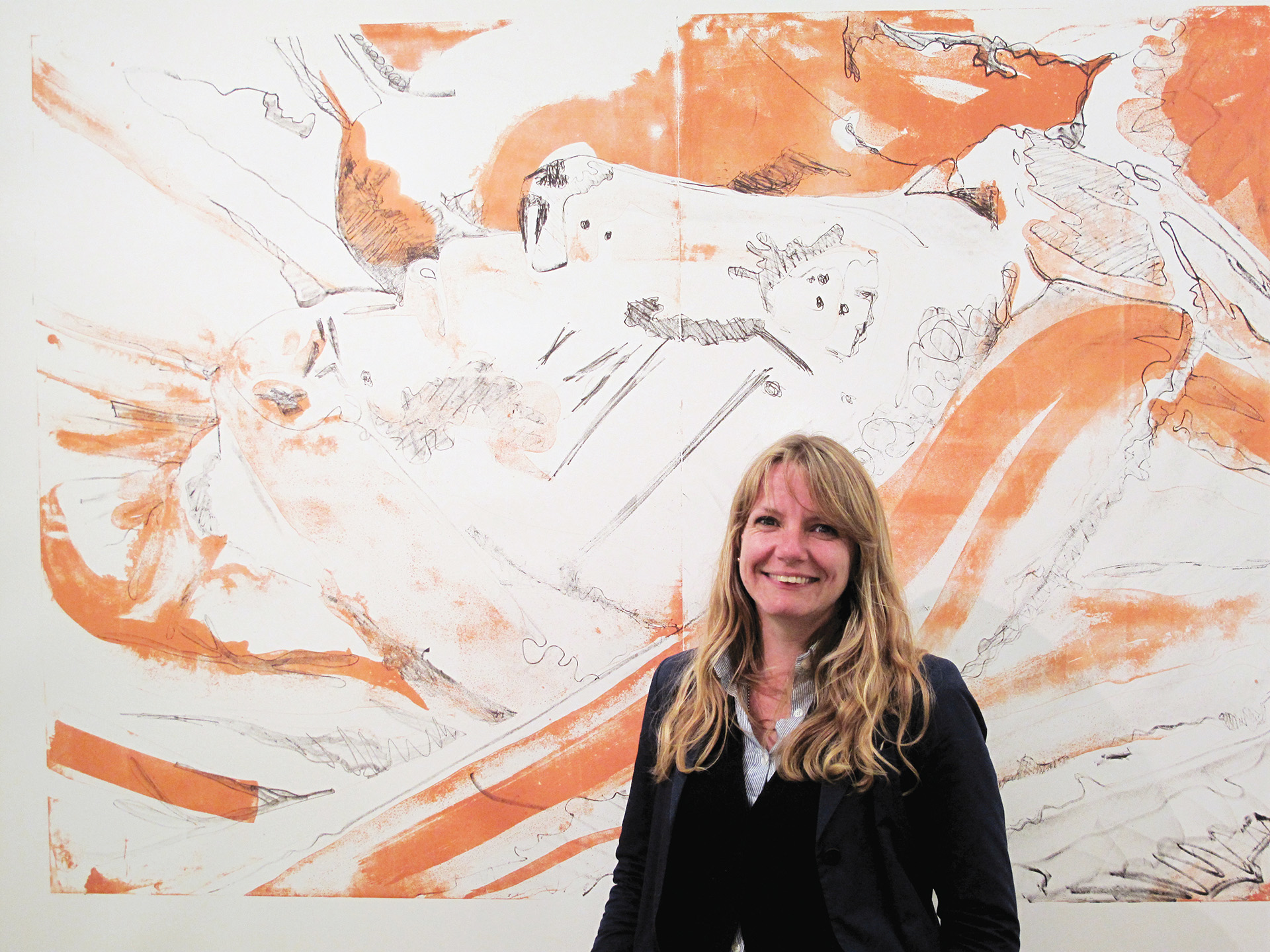