In the year the Tour de France came to Yorkshire, My Beautiful Bike Ride celebrated the ordinary cyclist: people who ride for fun, to travel to work, or because their job requires it.

The film consisted of a grid of films of the 18 rides, featuring 31 riders; the oldest rider 84, the youngest 11.

Each rider was given a tiny action camera which they strapped to their helmet or their handlebars and filmed their own Beautiful Bike Ride.

Their rides took them across moors and along the coast, down busy city streets and leafy country lanes. Familiar landmarks include inner city Leeds, the Scarborough coast, the Bradford canal path, Ilkley Moor and a Yorkshire MP riding to work at the Houses of Parliament. 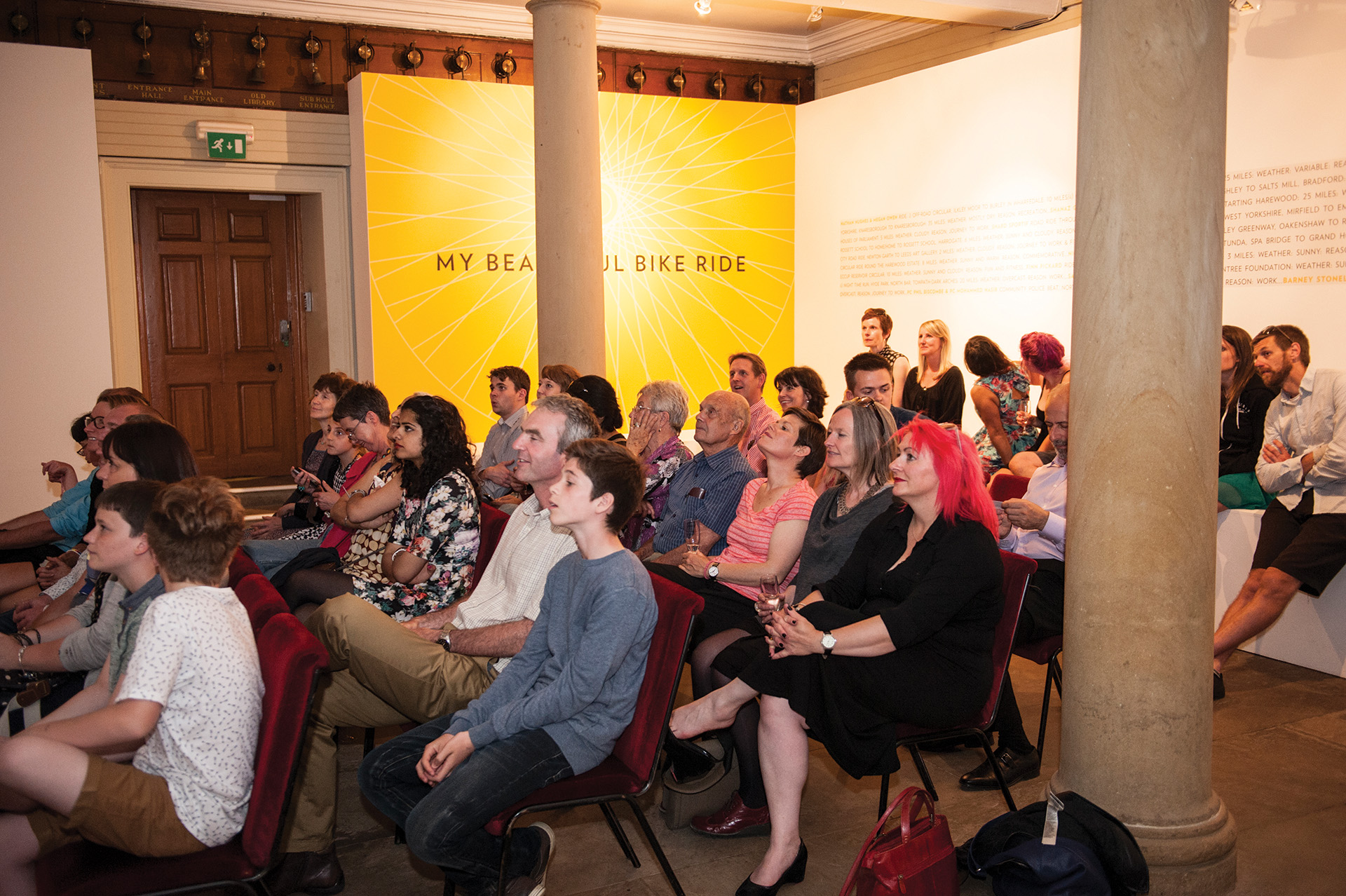