An exhibition of two new works by Anthony Gormley, the construction and medium of which were considered in relationship to Epstein’s Adam and the architectural environment of Harewood House.

The rusted iron used for Two States bearing a resemblance to blood and a connection to the Earth’s core, stand in contrast to the smooth, polished alabaster of Epstein’s Adam.

‘My material is iron. Smelted and cast in Wednesbury. It also engages with the block but uses the language of architecture to interpret the male body as an unstable space made up of individual cells fused and propped together. The room in which the works will be shown is supported by four stone columns that make you aware of the load part of the building. I hope that these two weeks, in which columns and masses describe an unsteady vertical stack twisting through 90 degrees will allow the viewer to think about his or her own body as a vertical tower.’ 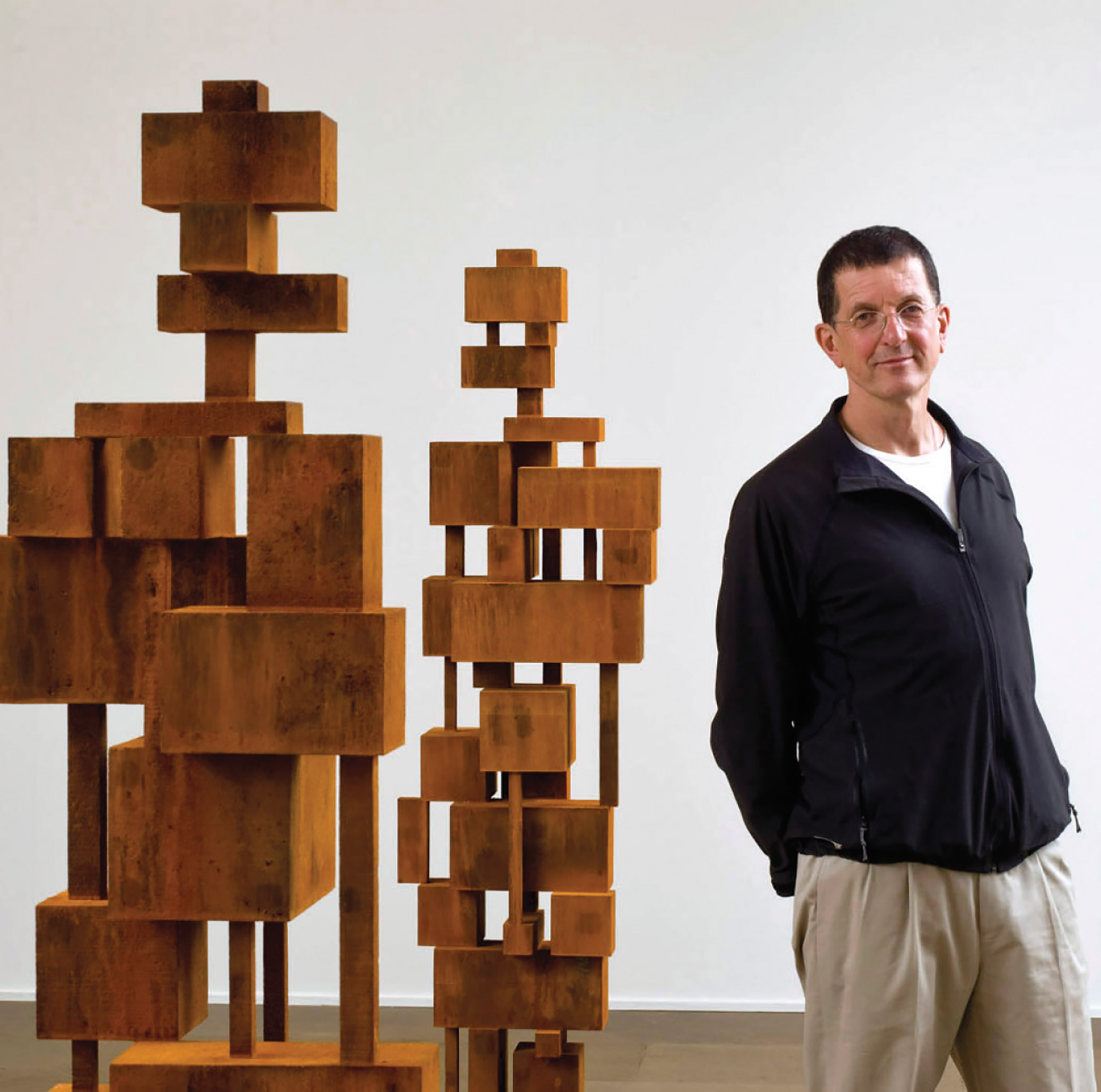 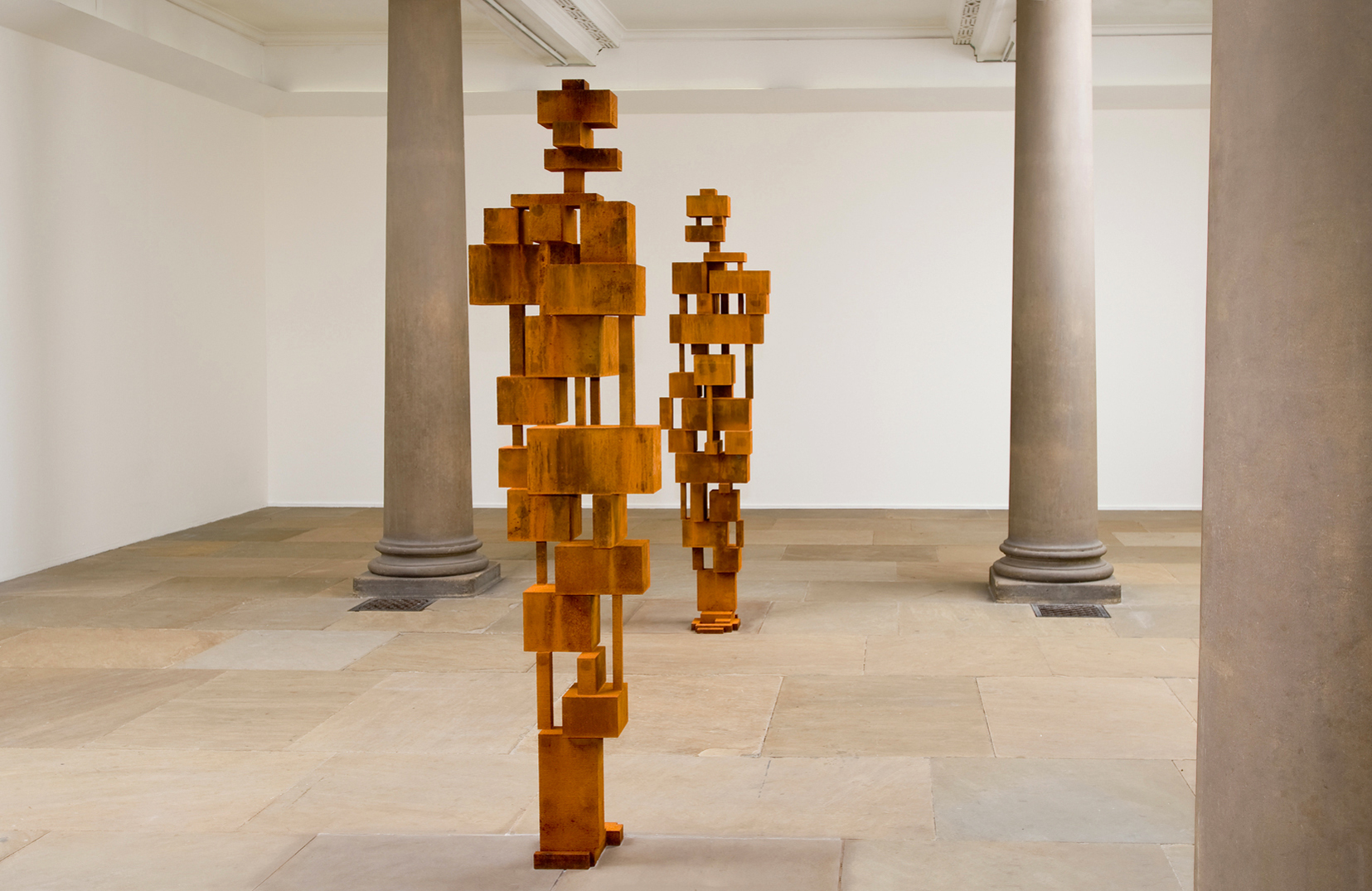